Why do we keep putting ourselves at risk of electric shock?

It’s an example of an incident that we hear of often. An electrical contractor was replacing a damaged light fixture in an underground parkade. The circuit was still energized so the contractor paused and shouted to let his supervisor know. The response? Keep going anyway.

In research conducted by Technical Safety BC, 87% of responding electrical contractors, journeymen, and field safety representatives feel they have adequate training to prevent all possible electric shock but only 16% actually refused or stopped work when they knew it was unsafe.  The pressure to work in an unsafe environment was felt by 40% of respondents.

“You want to keep your boss happy. Being safe is generally slower and bosses don’t want that,” said one respondent.

“There is a lot of competition which creates a race to the bottom to do things cheaper and faster,” another added.

Fear of disappointing a client or boss, fear of being perceived as overreacting, and peer pressure to continue to work since “everyone else is doing it” were some of the reasons given for continuing to work with live situations. Twenty-six percent of respondents even feared losing their jobs or the work if they stopped.

“I refused a job and another guy did it. I can see how it would be hard to say no if you are new [to the industry],” said one participant.

When we continue to work this way, it’s only a matter of time before an incident happens. A whopping 95% of respondents experienced electric shock at one or multiple times. Ninety-seven percent experienced a minor shock, 68% a moderate shock, and 22% suffered from a severe shock.

“A couple of years ago, I was working on a rotating unit 250 DC. I was rubbered up, I touched a metal rail. I was sweating and the shock went through me and I had a black spot,” said a participant.

Continuing to work without taking the proper precautions – de-energizing first or not wearing protective gear – can most likely lead to incidents.  It’s simply a matter of time.

Changing the way we look at electric shock

“Individual behaviour and the choices we make play a large role in safety outcomes.  At Technical Safety BC, we are working with industry to find how we can work with qualified individuals, their employers and asset owners to ensure that working safely is prioritized above all else,” said Vicky Kang, Manager of Energy at Technical Safety BC.

Choosing a contractor for home renovations? Your contractor questions answered. 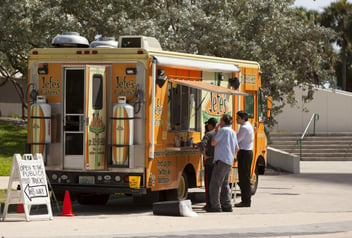 Ask a gas safety officer: What inspection stickers are affixed to food trucks being inspected for gas appliances?

4 Minute read
Food trucks, trailers, and carts in BC must have the installation of any gas appliances performed under a gas installation permit obtained by a licensed gas contractor or have the appropriate certification. Find out more.
Read More 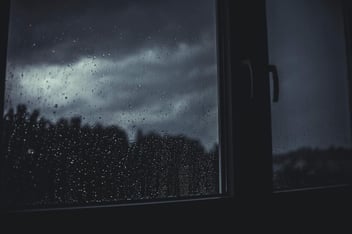 What to do in a power outage

2 Minute read
Has your power been disconnected due to windstorms or other extreme weather conditions? If so, here is what you need to know about Technical Safety BC's role in power outages and who to contact to get reconnected.
Read More